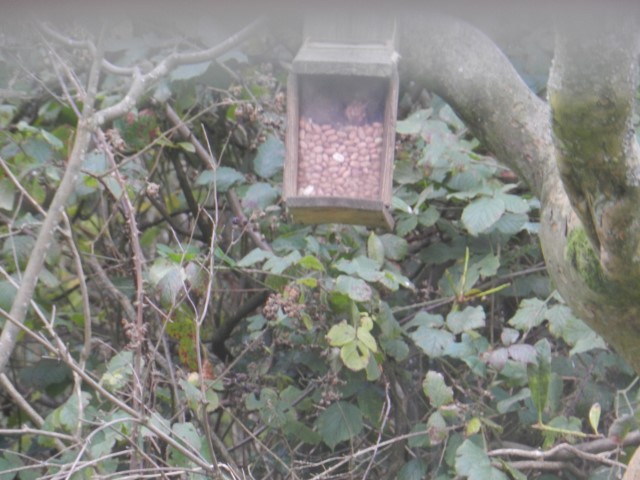 It must have been a really good year for our red squirrels this year.  You simply can’t move without tripping over one at the moment.  We’ve had the squirrel feeder on the tree outside our kitchen window moved slightly to give us a uninterrupted view of the feeding frenzy.

They seem to have quite a good queuing system in place and if one of the squirrels takes too long at the nuts, then another one will come up and do ‘a little rush’ at the current diner and shake its tail furiously at it.  That usually does the trick and gets them rushing off chasing each other before the next diner takes its place at the feeder.

I took the above shot from inside the kitchen and thought I’d try and get one from outside – I wasn’t to be disappointed.  Here he is emerging from the feeder – cheeky blighter! 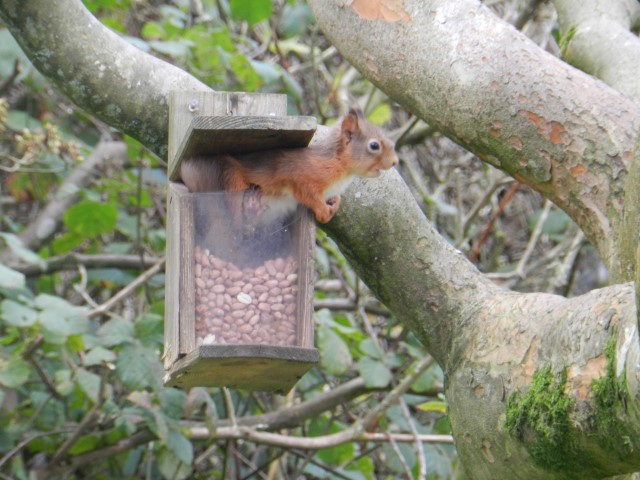 Red squirrel Emerges from the Feeder 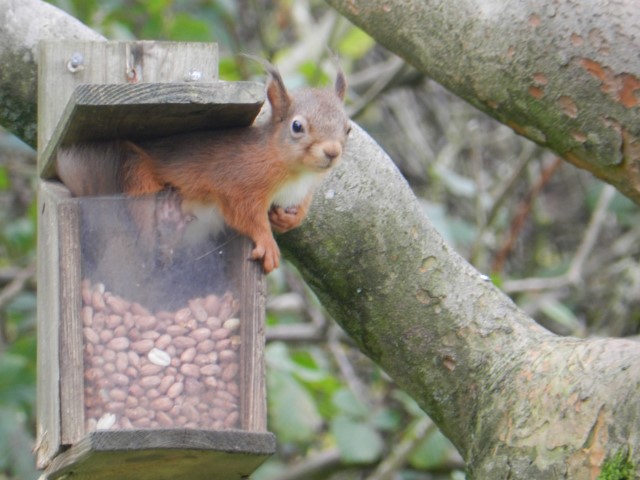 Checking Whether the Coast is Clear

They are getting increasingly bold and this squirrel hung about for quite a while before making a sharp exit into the bushes.  Hopefully it will mean I will be able to get lots more clearer shots over the winter and even make a film of their antics.