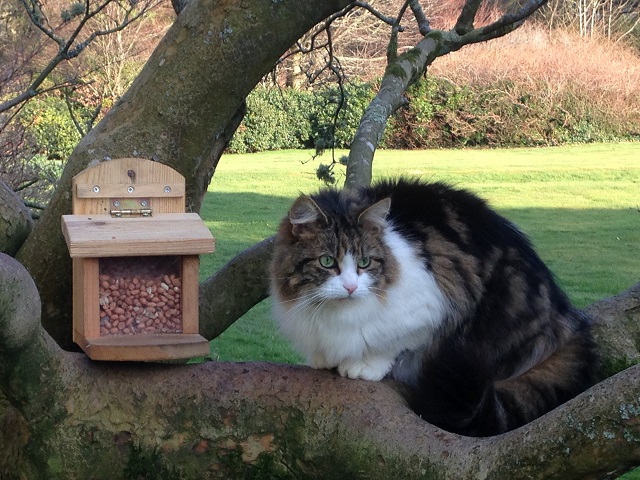 An unusual squirrel came to the red squirrel tree this afternoon.

Mittens Pays a Visit to our Red Squirrel Tree

I would like to stress that no red squirrels were harmed during the filming of this and once Mittens had buzzed off, the squirrels were back for some more voracious foraging.  In fact there was quite a queue of them waiting in the sidelines to get in on the nut action.

This is great news, as for a good few months during autumn and the winter we had been quite concerned as the reds had stopped visiting all our feeders.  I called the Scottish Wildlife Trust about it in September as I was worried that the buzzards may have got them.  The red squirrel expert there reassured me that there was an abundance of natural food following the great summer and there was nothing sinister, it was just they had plenty to eat around the woods.

Anyway, it took until the beginning of February and a completely new state of the art squirrel feeder for them to return.  Thank goodness – we all breathed a huge sigh of relief. 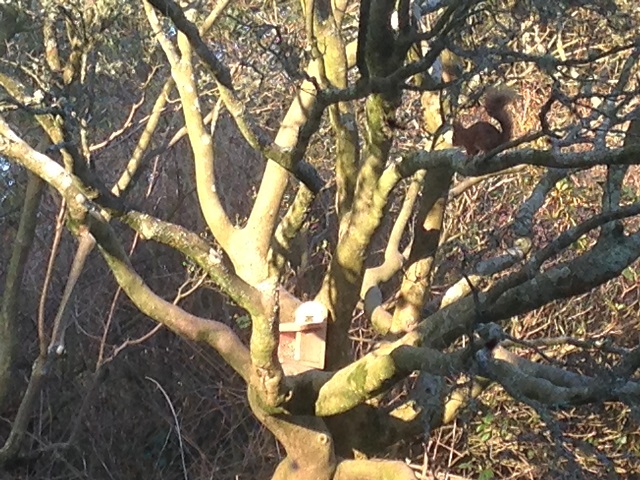 I’m all set to order a camouflaged pop up hide to sit in front of the tree in order to get some better photographs of them and hopefully film some of their antics.  Watch this space!