Golfing Holidays in Dumfries and Galloway 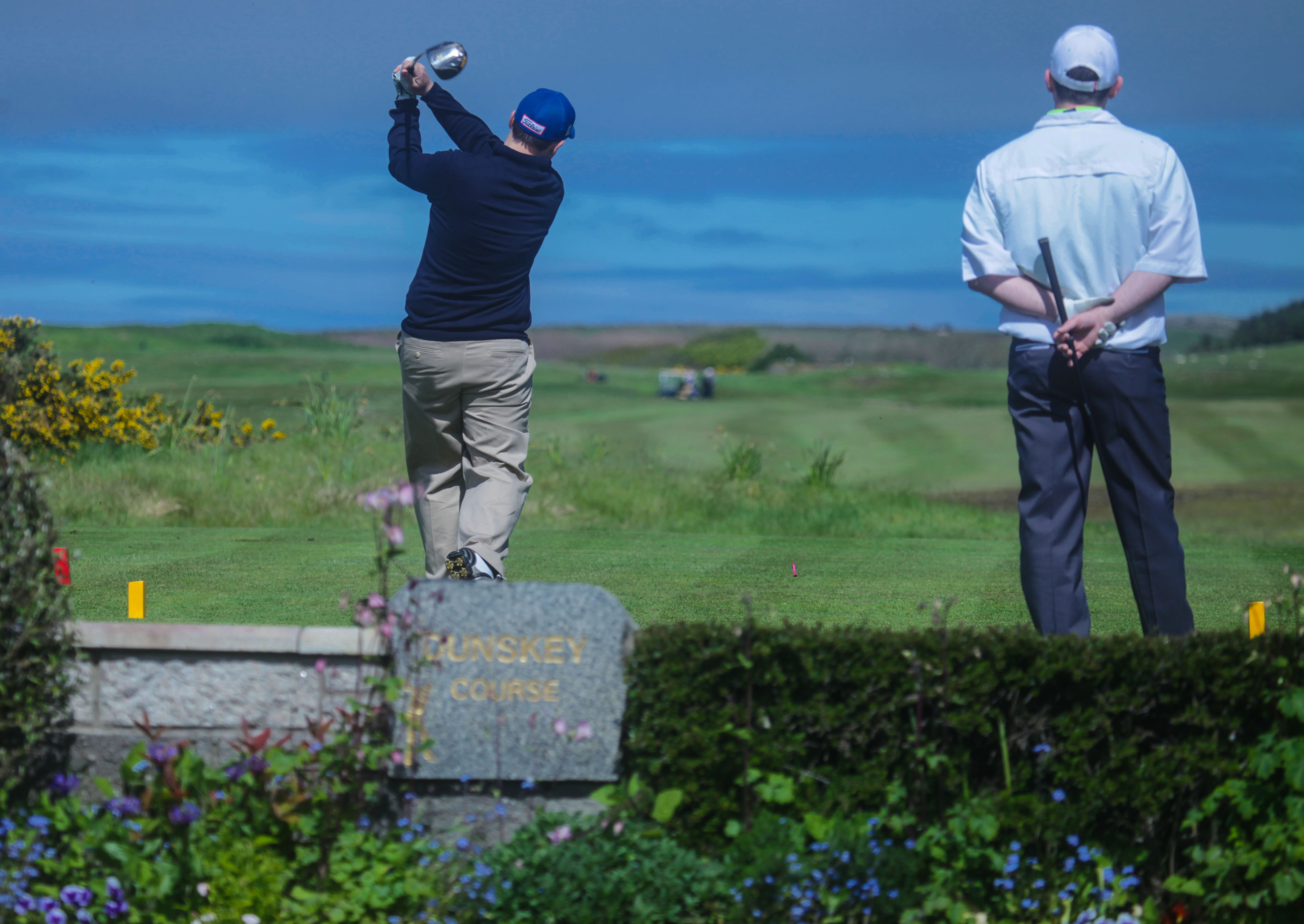 All eyes will be on Scotland this summer, when the 145th British Open returns to Royal Troon from  July 10-17.

Scotland is the true ‘home’ of golf, in fact, the oldest course, the Old Links at Musselburgh, near Edinburgh on the east coast, has been officially recognised by the Guinness Book of Records.  It is said that Mary Queen of Scots played here in 1567.  The east may have it in the age stakes, but arguably the west is best when it comes to today’s golf courses!

Cedar Lodge, our latest luxury holiday house in Portpatrick, which has 4 stars, sleeps 8 in 4 bedrooms, all with en suites, and has wonderful sea views, is just a stone’s throw away from the Portpatrick Dunskey Golf Course.  Listed on the Top 100 golf courses website, there’s both an 18 and a 9 hole course, and being close to the sea and benefiting from the Gulf Stream, unlike many other courses, it’s playable almost all year round.  At 150 feet above sea level, both courses have magnificent views from the coast over the sea to Ireland, Kintyre, the Isle of Man and even Cumbria.  Portpatrick has been described as ‘the number one holiday golf destination’ by Golf World Magazine.  It’s a course that has bags of charm and by all accounts the 13th hole is a firm favourite with golfers.

A Round at the Portpatrick Dunskey Golf Course

Located about four miles from our self catering holiday cottages on Corsewall Estate on the shores of Loch Ryan with fabulous views over Ailsa Craig, Arran and Corsewall Estate, Stranraer Golf Club was the last course to be designed by James Braid before his death.  Also listed on the Top 100 golf courses website, it’s an 18 hole parkland course.  If you’re looking for a challenge, the 5th hole has been voted by readers of a Scottish Golfing magazine as one of the toughest holes to play in the country.  Interestingly, it goes by the name of ‘Corunna’, which possibly could be a reference to the woods at Corsewall, which you can see in the distance and which were laid out in the formation of the British Army at the Battle of Corunna by James Carrick-Moore in memory of his illustrious brother, Lt. General Sir John Moore.

St Medan Golf Club at Monreith, Scotland’s most southerly golf course, hit the headlines in 2014, when it hosted a visit from the Ryder Cup on its official trophy tour of Scotland.  It’s a family friendly 9 hole/18 tee course with wonderful views overlooking Luce Bay and offers challenges for both skilled golfers and beginners.

The Turnberry Resort – now owned by Donald Trump is undergoing a multi-million pound investment to both the hotel and the course.  It’s located an hour’s drive from Corsewall Estate and Portpatrick up the Ayrshire coast and has spectacular views overlooking Ailsa Craig, Arran and the Mull of Kintyre. The Ailsa course, which closed for renovation in September 2015, is scheduled to re-open in June 2016.  The Kintyre and the Arran courses have both remained open.  You can play the Ailsa as a non member, with green fees ranging from £125-£275 – which is by far and away the most expensive of the courses I’ve looked at on this post – however this is a championship course and you’ll be following in the famous footsteps of winners from Gary Player and Greg Norman to Sandy Lyle and Tom Watson.

The Trump Turnberry Resort with magnificent views over Arran

With all these courses, Dumfries and Galloway and Ayrshire offer so much for non golfers – from wonderful beaches and historic houses to exotic gardens and stunning walking and mountain biking trails.  Come and visit us soon!