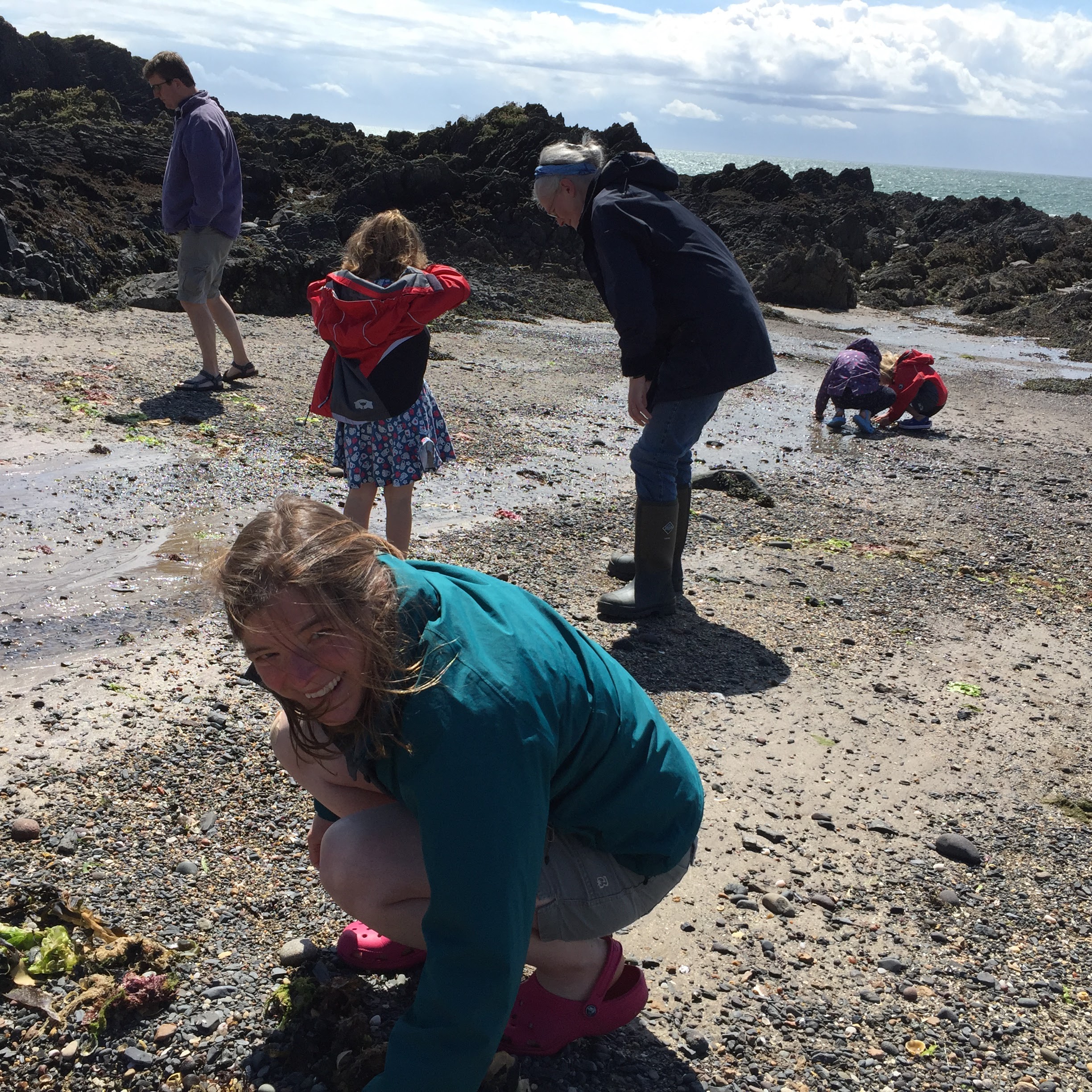 We spent a wonderful afternoon on Sunday cowrie hunting and rock pooling with the talented countryside ranger, Elizabeth Tindal.  It was a Christmas present to my sister from my niece and she generously asked our family to join in the hunt.  As a family obsessed with collecting cowrie shells on beaches across Scotland from South Uist in the north west, to Dunbar on the east coast and various beaches across Galloway in south west Scotland, the ultimate aim of the game was to find live specimens.

Our first port of call with Elizabeth was a pretty bay on the north-west coast of the Rhins – just close to Corsewall Estate Holiday Cottages.  There Elizabeth shared her top tips on finding cowries – the main one being to look for shell lines on the beach with similar-sized small shells – such as top shells.  We were all in luck – we all quickly found three to four shells each.

We then followed Elizabeth over to a beach with a rocky reef overlooking Luce Bay to see if we could now find living cowries.  With the tide out, there were hundreds of rock pools to explore. Elizabeth told us that cowries feed on algae and sea squirts and showed us how to look underneath large stones.  We found no end of fascinating rockpool life from starfish, sea squirts and hermit crabs to anemones and sea urchins but no cowries. 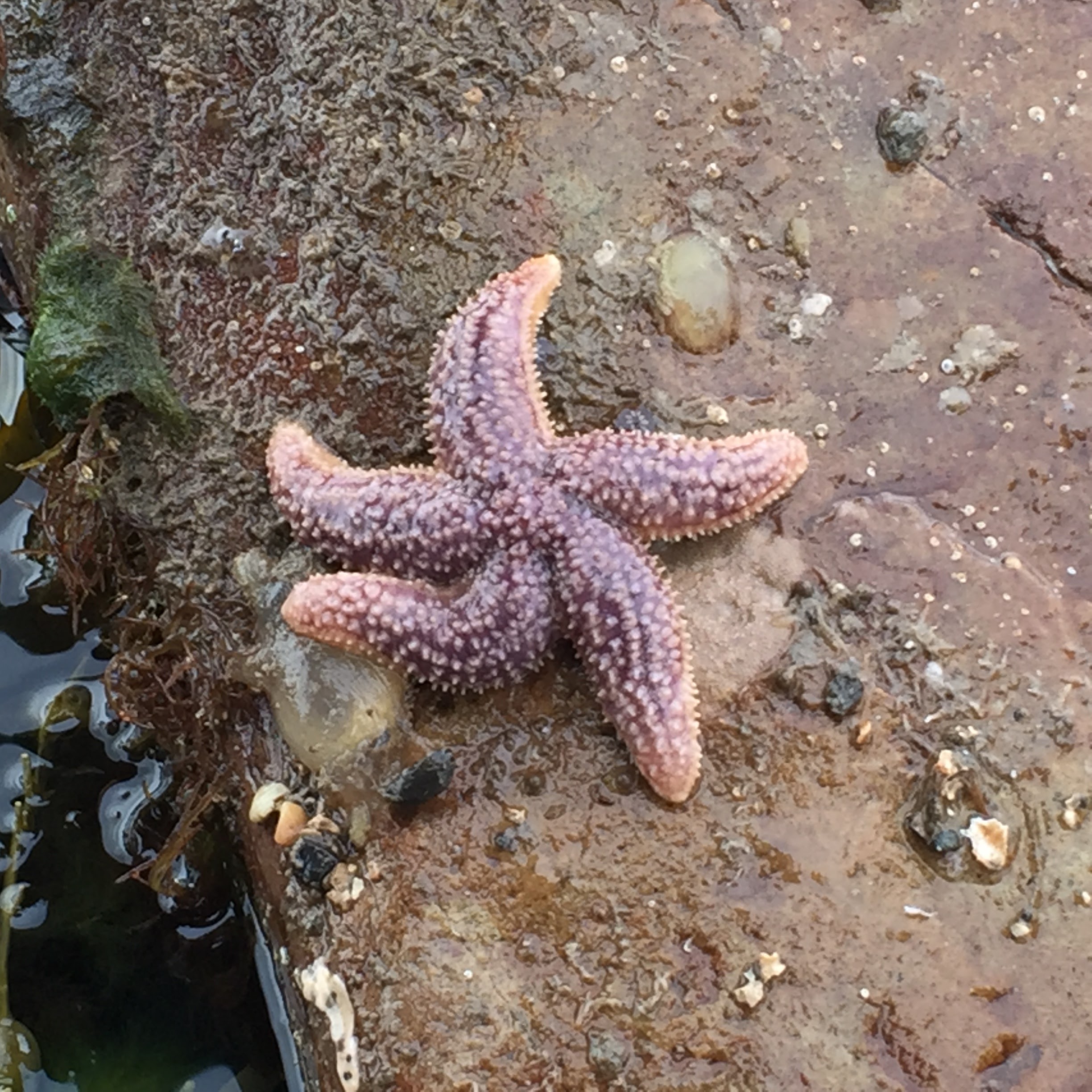 A starfish we found in one of the rock pools

I think we must have spent at least a couple of hours exploring these fascinating pools but with no joy.  However, we were in luck as Elizabeth had done a recce the day before.  She headed out to a rockpool where she’d previously found a live cowrie and amazingly, there, in exactly the same spot, she re-found the cowrie and a little friend too. 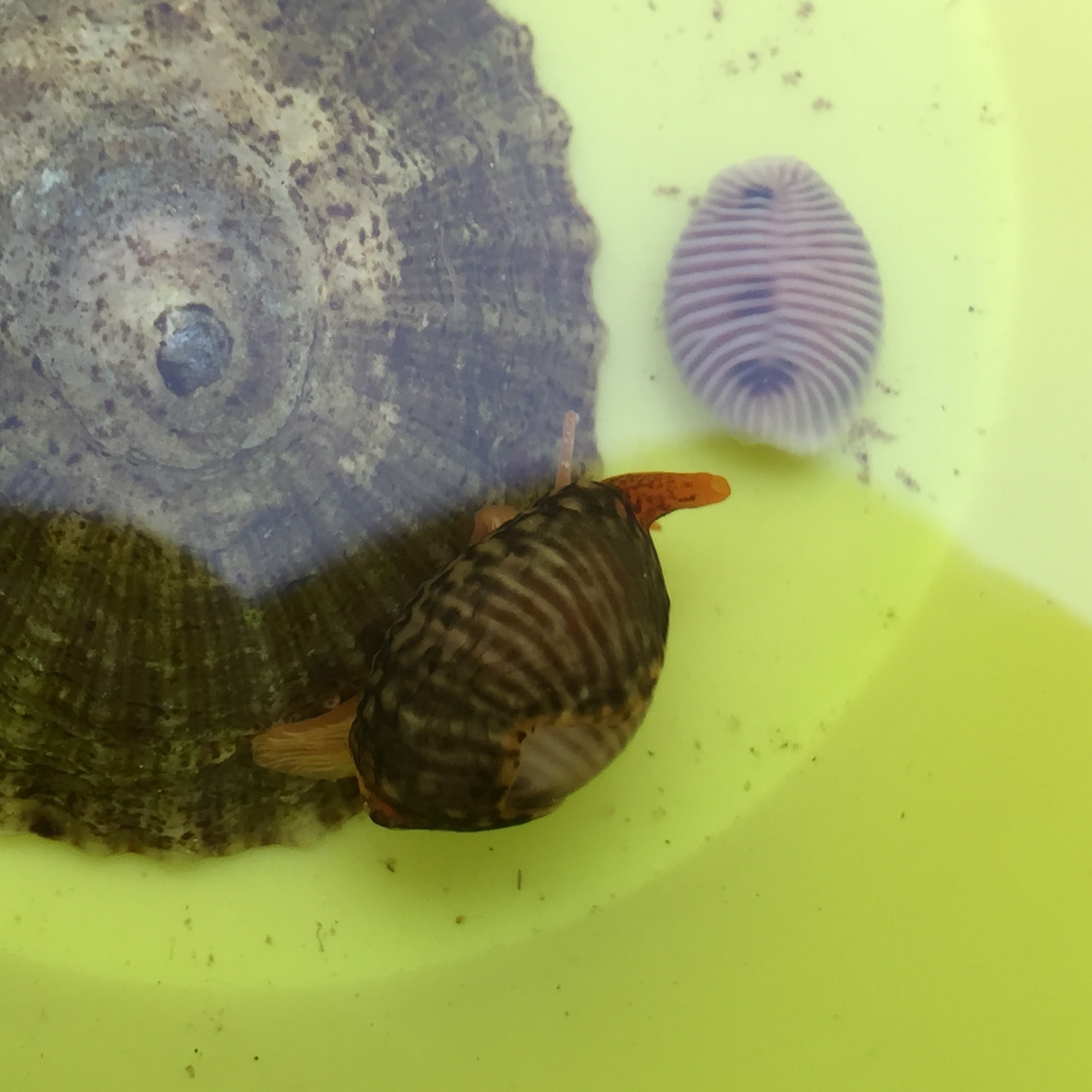 It was absolutely fascinating to see it’s mantel and little ‘head’ or syphon popping out.  Well done Elizabeth – what a fantastic result – the best Christmas present ever.  We all went home that evening extremely happy cowrie hunters.

We will be running an event for Corsewall Estate Holiday Cottage guests with Elizabeth Tindal in October during the half term holiday week (21-28 October 2017).  It’s more than likely it will be a stargazing event – confirmed dates and details to follow in due course. We still have availability at two of our cottages during that week: Cedar Lodge in Portpatrick (sleeps 8) and Stables Cottage on Corsewall Estate (sleeps 4). 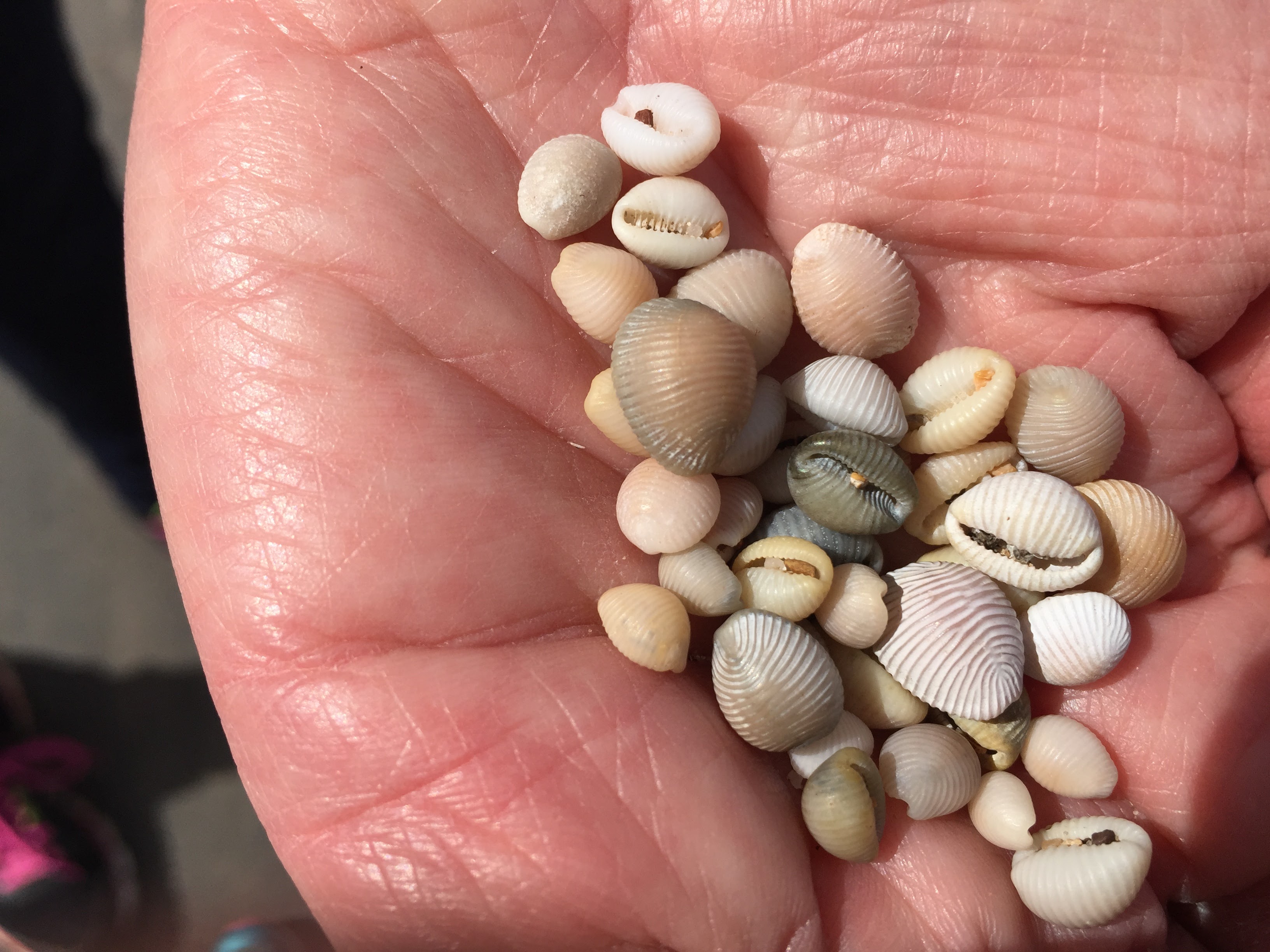 The spoils of another cowrie hunt